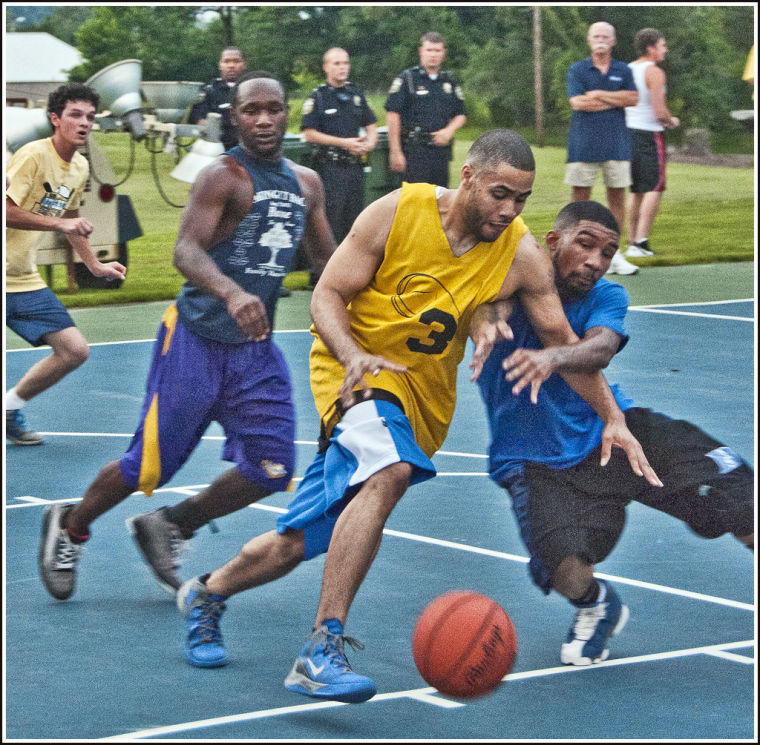 After the Dirt Bowl became famous in the Derby City, a couple of guys in Owensboro -- Jerry Davenport and Wayne Stout -- decided to bring the concept there and dub it the "Dust Bowl."

The teams featured cast upon cast of Grade A ballers. First, there was Davenport, former OHS star and once drafted by the Chicago Bulls. Another former Red Devil star, Aric Holman (Mississippi State) played as did Rod Drake, Dwight Higgs, and Hank Peters. That last trio won the Men’s Open division six out of seven years.

If you'd like to read more, have it at: great article here @ Owensboro Parent.

This is a classic tee that has a light feel. Made of 100% ringspun cotton (except for heather colors, which contain 10% polyester).