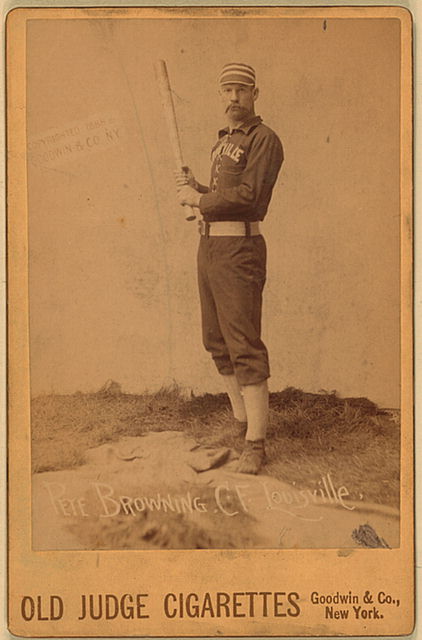 This is an homage to the genesis of what became the Louisville Slugger.

If you remember the story, J. F. Hillerich opened a woodworking shop in the 'Ville back in 1855. As the story goes, Bud, J.F.'s boy, played hooky from work one day so he could watch Louisville's major league, the Eclipse.

It so happens that the team's stud, Pete "The Gladiator" Browning, broke his bat. And Bud (being a good son), invited Pete to his dad's shop to craft him a new bat to his own specs. Well, the rest is hit-sory* -- Browning accepted the invite, and got three hits the first game he used it in. *(new word)

Browning told his teammates and that gave rise to ball players hittin' up the Hillerich woodworking shop for a bat of their own.

Oh, one little addendum: Pete was known as "The Gladiator" as well as the "Louisville Slugger." We're goin' with "Gladiator" because we just feel so darn Roman!

A stylish spin on the classic baseball raglan. The combed cotton blend makes it super soft, comfortable, and lightweight.