Those of you old enough to remember Louisville music at its core will no doubt smile when you see this.

It's the sign logo from the old King Records Shop on Jefferson. Yep, the same one that served as the cover for Rosanne Cash's album of the same name. 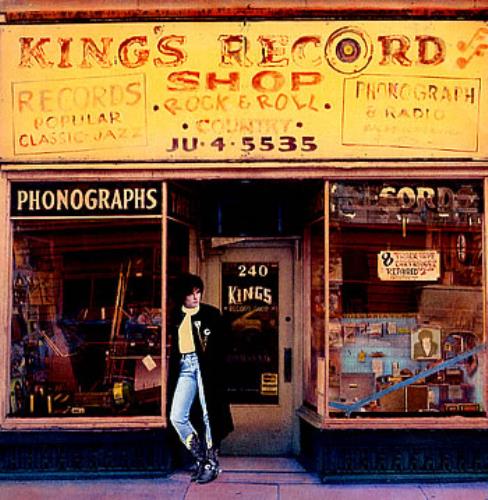 The store was owned by Gene King, brother of Pee Wee King who co-wrote the Country smash "Tennesse Waltz."

Btw, Rosanne never actually came to Louisville to do the photo shoot. Her pedal steel guy -- Hank DeVito -- took the picture and layered in Rosanne in later.

If you want to take a deeper dive into King's, a friend of the Uncommonwealth -- Brandon Schadt -- turned us on to a backstory about Heidi Howe's song called "King of the Vinyl." Dig...

Fitted, comfortable, and soft—this t-shirt was made just for you. And it can withstand several washings while maintaining its shape, so it's great for everyday wear!